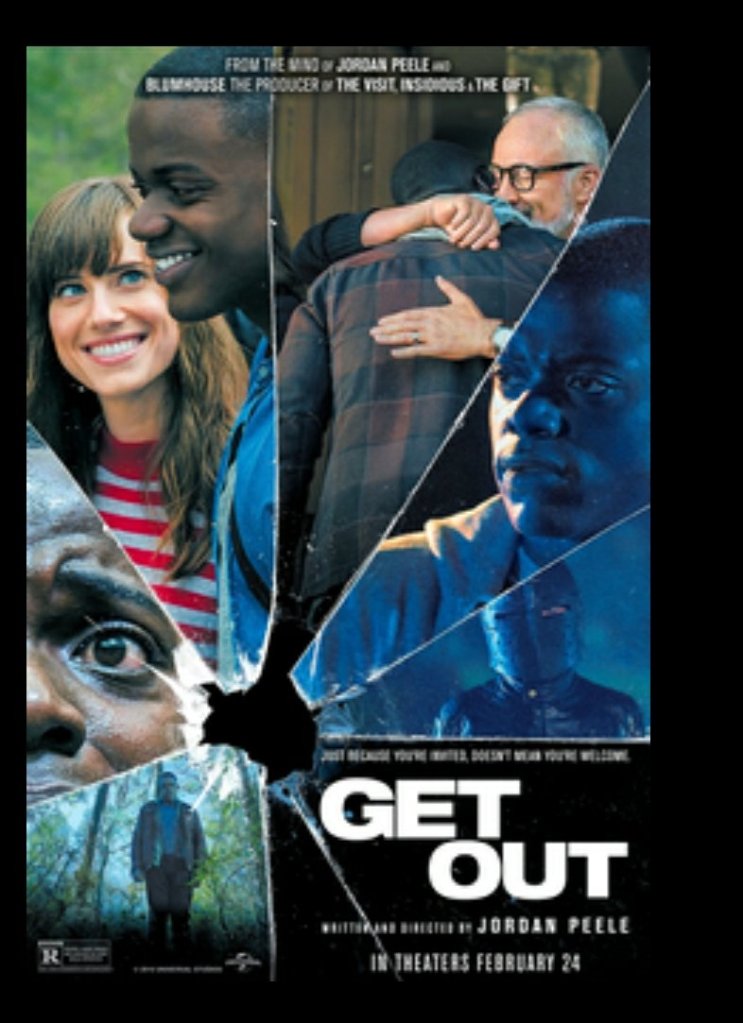 Get Out is a horror/suspense film written and directed by Jordan Peele. In this film we are introduced to Chris (Daniel Kaluuya), a young, black (this is important), photographer who is dating a beautiful, white (this is also important) girl named Rose (Allison Williams). The couple is at a pivot moment that most hope to reach in their relationship…meeting the parents! Chris is a bit concerned due to this being an interracial relationship but Rose assures him that all will be well and her parents will absolutely love him. Once arriving at Rose’s childhood home, Chris gets a sense that not everything is as normal as they appear to be and upon trying to leave, things take a drastic turn for the worse. Get Out won an Academy Award for Best Original Screen Play but did the Academy get it right or were they in the sunken place when they made that decision?

In my opinion the Academy got it right when they named Get Out the winner of the Best Original Screen Play. This movie was like a twilight zone version of the 1967 Sydney Poitier classic, Guess Who’s Coming to Dinner? where in this twisted version all the white people are overly accepting of the black guy and that shit seems way less likely than any other scenario. There were also a lot of social themes hidden throughout the film, like the one Asian guy at the Auction Party which represented Asians being the only minority group that Whites actually accept and may consider themselves somewhat equal with (this theory was confirmed by Jordan Peele so don’t come for my neck, ok?!). The Sunken place represents the Black experience in America and how at the end of the day we never really feel 100% in control of our lives or even our fate in some cases. This film is just clever and one that becomes even more interesting when you talk to others about some of the hidden messages within the film.

Another great thing about this film is Daniel Kaluuya. His performance was understated, natural, and felt like how the average Black man would react in this exact same situation (at least in my mind anyway). The character of Chris was just well written. He was not a Braxton Hartnabrig type of guy but just your every day Black man that spoke slang with his friends, attempted to make inside “these white folks are crazy” conversations with Walter, Georgina, and Andre to no avail and just overall felt like he could be one of my cousins. Generally speaking all of the performances were good and there was not one moment were I felt like someone was just overdoing it and that is not something I can always say about a movie.

My only gripe about this film is how cliche the final act was. The first two acts we got something we had never really seen before but at the end it just became your run of the mill jump scare, “kill” the monster but they get back up again, regular ol horror movie ending. There is an alternate ending to this film that for me would have really driven home the social message that Jordan Peele was trying to convey but let’s be honest…Hollywod is not ready for the level of awakening that would have taken place had they gone with the other ending. The theatrical ending was a cop out and was disappointing once you realize what could have been.

Jordan Peele deserved the Oscar for this film and had he not won I would have called racism…yep! I said it! I’ve heard the argument numerous times that this film is not a horror but I will forever disagree; a white woman luring black men and women to her families home to be auctioned off to the highest paying white person in order to have their bodies taken over and they are still mentally aware of everything that is happening because they are consciously stuck in the sunken place..that is some horrific shit to me. People get so caught up in the garden variety definitions of film genres that they cannot fathom why a film like this would be categorized as a horror. Well, I tell you what…this Sista Gurl recommends you go watch this amazing film and come back and let me know if this is a horror film or not….Stay Woke! *sings Redbone*